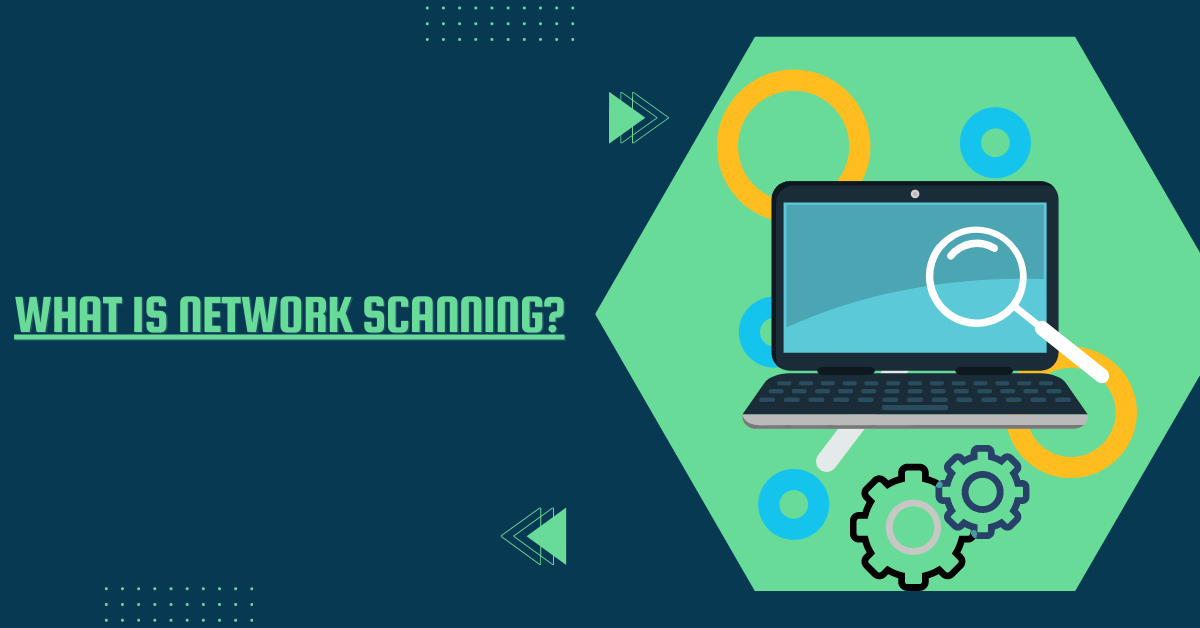 After getting the information about the target through footprinting, Networking scanning is the next step in hacking. In order to discover flaws and vulnerabilities in the network, networking scanning must be done. So that hackers can plan their attacks properly, it will provide a proper structure for the network and network security.

During scanning, we use reconnaissance methods to learn as much as we can know about the target. To locate hosts, ports, and services on a network, utilize network scanning. It is one of the most important stages of data collection because it helps the attacker create a profile of the target or organization. The attacker searches the target’s network for information such as specific IP addresses that can be accessed, services running on each computer, operating systems, and system architecture among other things.

To sum up, The goal of scanning is to identify vulnerable communication channels between Networks that can be exploited. The attacker attempts to hack the target system in a variety of ways. The attacker also attempts to learn more about the target system in order to determine if it is misconfigured. This is a critical step because the attacker will use the information obtained during the sac to develop an attack strategy.

An attacker has more information about a target or system. More opportunities to learn about system flaws and vulnerabilities and gain unauthorized access to the system.

The following are the TCP communication flags

Note:- SYN scanning is primarily concerned with three flags: SYN, ACK, and RST. During the enumeration process sellmyhousefast, you can use these three flags to gather illegal information from servers.

Tools used for scanning look for and locate active hosts, open ports, active services on a target network, location data, NetBios data, and TCP/IP and UDP open ports. The data gathered by these tools will assist an ethical hacker in creating a detailed profile, or “blueprint,” of the target system.

Gordon Lyon created Nmap (Network Mapper), a network scanner (also known by his pseudonym Fyodor Vaskovich). Nmap is a network discovery tool that sends packets and analyses the responses to find hosts and services on a network.

above all Nmap is one of the best network scanning tools available. It is free to use and did come in both command line and graphical interface versions. Most hackers and cyber security researchers use this tool because it includes many built-in scripts for finding network vulnerabilities and loopholes. There are numerous types of scans available on this tool, so you have a variety of options for scanning the target.

hping is a TCP/IP packet assembler/analyzer with a command-line interface. The interface of Hping2/Hping3 is based on the Unix command ping, but hping can do more than just send ICMP echo requests. A traceroute mode and the ability to transmit files between secured channels are available, along with the TCP, UDP, ICMP, and RAW-IP protocols.

Hping is a tool created as a security tool for networks that can be used by anyone, including those who are not in the security profession similarly to Nmap. A subset of the things you can do with hping:

Intruder is a Vulnerability scanning that finds cyber security weaknesses in your digital infrastructure, to avoid costly data breaches.

OpenVAS is a comprehensive vulnerability scanner. Unauthenticated and authenticated testing, various high-level and low-level internet and industrial protocols, performance tuning for large-scale scans, and a powerful internal programming language to implement any type of vulnerability test are among its capabilities.

In the meantime, Wireshark is the most popular and widely used network protocol analyzer in the world. It provides a microscopic view of what’s going on in your network and is the de facto (and often de jure) standard for many commercial and non-profit enterprises, government agencies, and educational institutions. Wireshark development thrives thanks to the volunteer contributions of networking experts all over the world, and it is the continuation of a project begun in 1998 by Gerald Combs.

Network Scanning It is one of the most important stages of data collection because it helps the attacker create a profile of the target. The goal of scanning is to identify vulnerable communication channels between Networks that can be exploited.

What is DNS? How Domain Name System works